10 Amazing Benefits Of Cashew Nuts You Should Know About

can you take 2 10mg cialis. over the counter equivalent to advair. 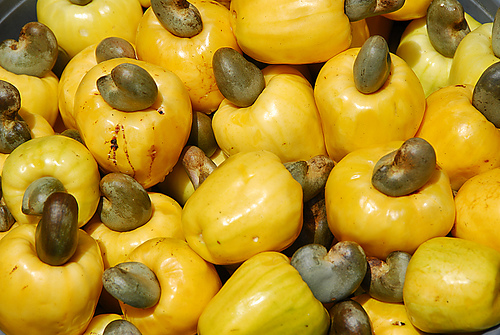 Who doesn’t know about cashew nuts? Cashew nuts are the seeds of the fruit of the cashew tree, which is native to Brazil. Cashews are rich in Vitamins C, E, K, phosphorous, iron, magnesium and zinc and also contain antioxidants, phytochemicals and protein. The kidney shaped nuts can be eaten, on their own as a snack and they are often used in cooking as well.

The kidney shaped or bean shaped nuts have many health benefit, here are some of the benefits of cashew nuts you need to know about…

1. Several heart studies have found that cashew nuts are very good at warding off heart disease because of its efficiency at reducing cholesterol levels.

2. They help in fighting blood disease. This is mostly due to the presence of copper which is known to eliminate free radicals.

3. Cashews protect the eye from infections because of the availability of an antioxidant pigment known as Zea Xanthin. The pigment is usually absorbed into our retina, and helps to protect our eyes from harmful rays of the sun.

4. Cashew nut oil is very healthy for the skin because it is rich in selenium, zinc, magnesium, iron and phosphorous. Also, they are great sources of phytochemicals, proteins and antioxidants. It’s also been said that selenium can help prevent cancer.

5. Cashew nuts are a good source of dietary fibres. The body doesn’t produce important dietary fibres like oleic acid and palmitic acid. But we can get these nutrients by consuming enough cashew nuts. Dietary fibres help in digestion.

6. According to health and beauty experts, the consumption of cashews as well as the application of cashew oil on your scalp ensures healthy hair. Reports suggest that the copper present in cashew nut oil helps in the production of skin and hair pigment called ‘melanin’. The presence of oleic and linoleic acids also help give the skin a smooth and silky texture.

8. They lower the risk of diabetes.

9. Cashew nuts are very good for the bones.

10. Cashew nuts are good for your nerves.

The Lagos Stylist Pick: Add An Edge To Your Outfit With Corset Belt

This site uses Akismet to reduce spam. Learn how your comment data is processed.

Prior to working for The Lagos Stylist, Adefolake Ogunbajo worked for over 18 years in professional organizations – areas of Architecture, Engineering and Telecoms. Learn more

STYLISH ANKARA SHOES TO GIVE YOU THAT EDGY LOOK